Sharing a chocolate-scented joint at the natural spring with his friend, a naked cave dweller tells us to “just go that way past the castle, past the latrines, and you’ll get to the beach… or maybe not, maybe you go that way… either way man, go whatever way you like!” – in Cala de San Pedro you go and do wherever and whatever you like, whenever you want, however you feel.

It is this free style ethic which has earned Cala San Pedro fame in Spain and beyond for being one of the last true refuges of counter-cultural living. But this fame, thanks be to geography, has not suffocated the very thing which gave it its name. To get to the little cove you have to make a five or so kilometre hike from the nearest town, that or jump on a little blow-up boat that’s run between the beach and the village, or bring your own nautical transport – all of this enough to dissuade the huddled masses yearning to breathe free on the teeming shores of Andalusia from making the trip.

Trekking down to San Pedro your feet will wanna move to the salsa rhythms that greet them, reaching the sand your head and hands will wanna groove to the reggae beat, finding the water your whole body will just wanna float off past the rocks ‘till all you can hear is the wave-wind harmony. Because Cala San Pedro is a world apart from the world you just left behind just over those headland hills you went up and down to get there. In Cala San Pero the people get about with no get up at all, and here naturism does not just mean nudism; here the people live in fairly decent sync with mother earth – the only water source for drinking and bathing is a natural font springing from the hills, the only electricity source that which the cave-residents of the hills can harvest from the wind and sun, the only home-grown food that which can be plucked from the fig, mango, and banana trees which shade the cavernous and canvas houses.

It is so unique it’s almost beyond belief. You’ll stare about trying to figure it all out, and when you do reluctantly leave you’ll soon be planning your next escape from reality to this sur-reality.  “Or is it the other way around?” you will hopefully ask when packing your backpack. Because counter-culture should do exactly this: make you question the norms (of nudity, for example), and laws (of public enjoyment of drugs, for instance) of the self-declared ‘real world’, to which you’ll return and say ‘get real!’.

One thought on “Getting Real at Cala de San Pedro, Almería” 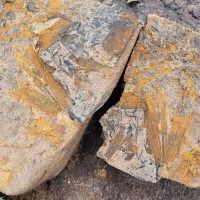 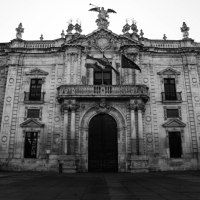