“I am of the generation of the Tienanmen Square movement,” Lee Cheuk-Yan tells his audience, “We had the hope of having democracy in Hong Kong because China would have democracy. But that hope only lasted for one month before it was crushed.”

In 1989, the now leader of the Hong Kong Confederation of Trade Unions (HKCTU) Lee Cheuk-Yan was just “a kid” – as he puts it – of thirty two years of age. He had been selected to deliver some donations that had been raised by Hong Kong activists to the nascent student and worker-led uprising of Beijing, when “of course, the massacre came.”

“All I heard was gunshots, all I saw was bodies.”

“I was scared, and very sad. I was detained for three days in Beijing because of the role I played in supporting the movement. I think they wanted to choose someone to punish, but luckily I was saved by the protest movement in Hong Kong, and I was able to return to Hong Kong after three days.”

When Lee Cheuk-Yan returned to the comrades who had convinced through protest the Chinese authorities to spare his life, he made a promise: “I promised the people of China that I would tell the truth about what happened in Tienanmen Square back in ‘89.” He asked himself, “How can we win against this regime that is so brutal? That is my lifetime struggle.”

From protesters to strikers to voters: the pathway of popular power

Lee Cheuk-Yan’s struggle has led him to become a leader of the only independent trade union in China, the Hong Kong Confederation of Trade Unions (HKCTU). As General Secretary of the HKCTU, Lee Cheuk-Yan has lent the union’s ‘old power’ voice and structure to the otherwise highly fluid and decentralised protest movement that erupted in response to an extradition bill which threatened to send Hong Kong ‘criminals’ to mainland Chinese prisons.

Lee Cheuk-Yan explains that this seemingly narrow political conflict transformed into a broader industrial conflict when the national airline of Hong Kong, Cathay Pacific, began sacking workers and union delegates for expressing their political views on social media.  Through this policy of workplace policing, Cathay Pacific was enforcing the Civil Aviation Authority of China’s (CAAC) ban on Hong Kong airline crew from entering Chinese airspace if they have participated in “illegal protests”, “violent actions”, or “overly radical activities.” “They want to create a terror among the employees,” Lee says.

The conflict at Cathay Pacific exemplifies the broader frictions created within the “One Country, Two Systems” model of governance that has reigned in Hong Kong since the British withdrawal from the island in 1997. For workers, the incomplete democratisation of Hong Kong means that while trade unionism is legal, there remains no right to collective bargaining, and strike action is unprotected.

To achieve full recognition of the rights of labour, Lee Cheuk-Yan says, universal suffrage must be granted to the people of Hong Kong, so that in place of the restricted electoral bodies of the current Legislative Council and Chief Executive ordinary people could vote for representatives to freely legislate in their name.

Considering these restrictions on collective workplace action, together with the atmosphere of fear that pervades workplaces like Cathay Pacific, it is a remarkable achievement that the HKCTU was able to bring 350,000 people to the streets in the first general strike of August 5th, following with a second general strike on September 2nd and 3rd. “The beauty of these protests” Lee says, “is that the workers also raise their consciousness and want to do something.”

Lee Cheuk-Yan recognises that because Hong Kong does not have a strong tradition of striking, further workplace organising needs to occur: “We have to train the people to go on strike. Still there are strikes only about several times a year, so it is not good enough, and we hope to do more in the future.”

Following the major demonstrations of August and September, the protest movement has secured a major victory in the District Council elections of November 24. The result was a landslide for the protest movement, with pro-democracy candidates securing some 86 percent of the seats in the local councils. With the protest movement now in the corridors of power, albeit local power, Lee Cheuk-Yan sees an opportunity to strengthen the long-term durability of the movement: “The seats that we have mean two things: firstly: resources. And secondly, it means political education of the community.”

But Hong Kong will not achieve real democracy only through local councils. Lee is calling on the international community to apply external pressure to Beijing through what he calls a “Global Magnitsky Act,” a piece of legislation first passed in the US following the murder of  Russian tax advisor and whistle-blower Sergei Magnitsky. The legislation allows the US government to freeze the assets of individuals involved in human rights violations and to prevent their entry into the US.

Lee Cheuk-Yan says that “open torture” has occurred on the streets of Hong Kong, with police crushing  the limbs and fingers of protesters, shooting over ten thousand canisters of tear gas, and firing rubber bullets against demonstrators. “In Hong Kong, not one police officer has been punished, therefore we need sanctions internationally to punish the police, or Carrie Lam, or the Secretary for Security, or the Secretary for Justice.”

On his visit to Australia, Lee Cheuk-Yan, together with activists Eric Lai and Jeremy Tam, lobbied the Federal Government to prepare similar legislation to that already passed into law by the US, Canada, the UK, and recently endorsed by the European Union. Since their visit, the Australian government has announced that it will begin an inquiry process into passing such laws, with the senators who sponsored the bill for an inquiry declaring: “Officials in authoritarian regimes must know that their crimes are not immune from international consequences.”

“Our fight is your fight”: Building a global anti-authoritarian front

The international community must act, says Lee, not only for the good of Hong Kong, but for the interest of democracy across the globe. “I think now the world is changing. Authoritarian rule is rising, not just in China, but everywhere. That is a danger to mankind, a danger to humanity, a danger to human rights. The challenge is how to confront this together.”

Just as the world united to topple the Apartheid regime in South Africa, now is the time, says Lee, to build a global coalition of states and peoples against authoritarianism:

“Hong Kong is at the forefront in our fight against authoritarian regimes. China and Russia want to export their model, and their way of thinking, to the world. The fight in Hong Kong is also your fight.”

In his lifetime of struggle, Lee Cheuk-Yan has seen many defeats. Thirty years ago he saw tanks roll into Tienanmen Square, and in 1997 he witnessed the selling out of Hong Kong’s hopes for democracy to the Chinese Communist Party. In 2014 a spark of hope was ignited in the Umbrella movement, but the energy failed to win a popularly-elected Chief Executive. “I have been wishing for democracy in China for so long,” he reflects, “that I don’t know whether I will see it in my lifetime.”

Asked how the protests will end, Lee Cheuk-Yan tells us: “The fight will go on. I hope the end will come when we all win. That is the only way it can end; if we win.”

Lee Cheuk-Yan, Leader of the Hong Kong Confederation of Trade Unions (HKCTU), visited Australia in December 2019 on an advocacy tour. This story has been written through extracts from the speeches, conversations, and discussions he gave while in Australia.

For more stories from those who fight for a just, peaceful, and sustainable world, subscribe to Lives and Times: Writing on the World Around Us.

Writing on the World Around Us. 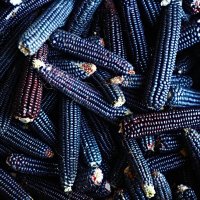