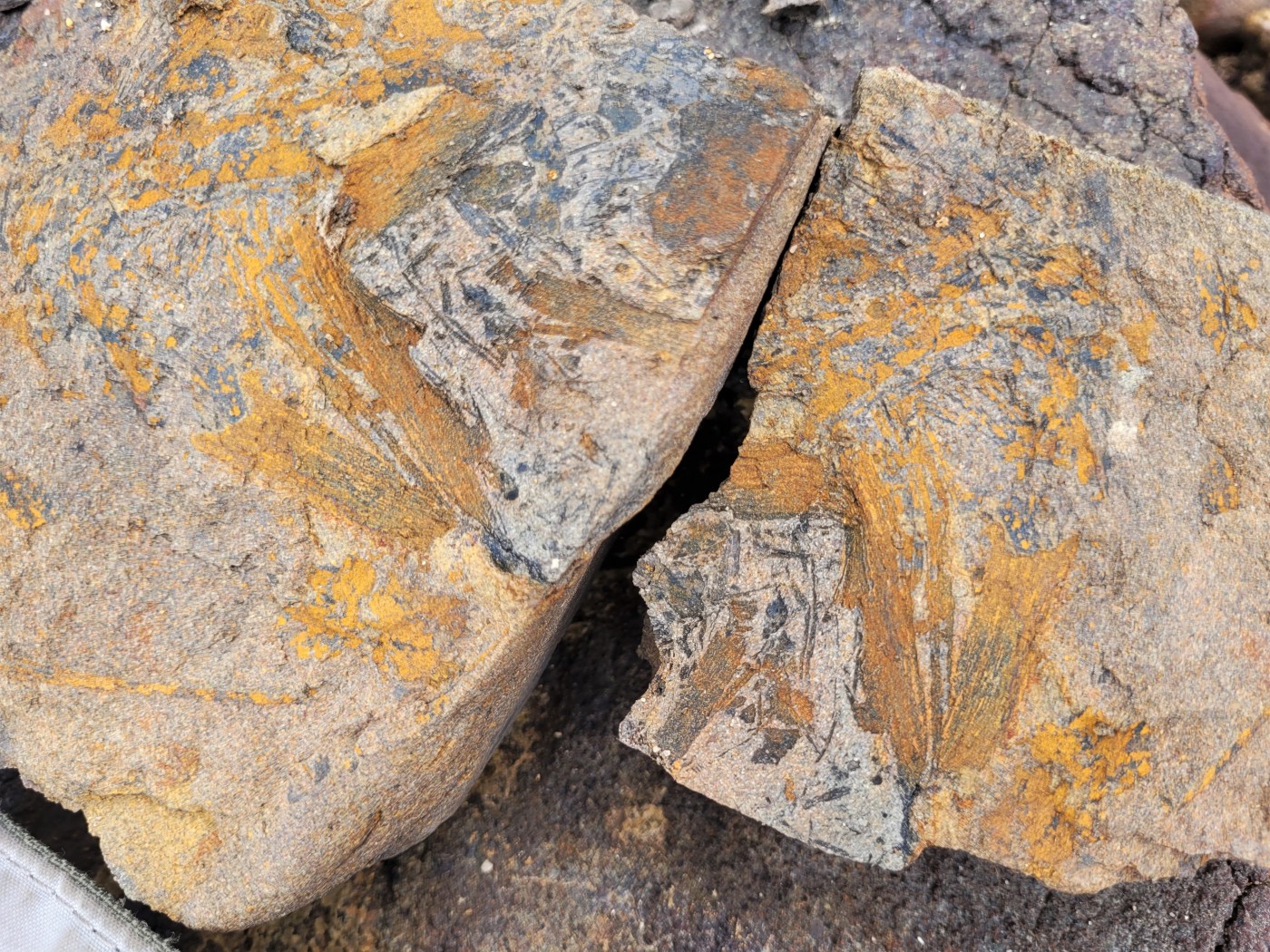 In space, it is the supercontinent of Pangea, a warm, dry land mass composed of the seven continents, to which the mega-ocean brought monsoonal rains, creating temperate zones, such as Australia, where forests could flourish, and where the poles were humid and iceless.

In life, it was a period of recovery and growth following the most devastating mass-extinction event in the history of Earth, the Permian Extinction, which wiped out up to 95% of sea creatures and 70% of land animals. No longer able to build their shells of calcium carbonate in the acidic seas, millions of little mollusks sunk to the bottom of the oceans, leaving behind landscapes of limestone karsts as their gravestones.

Following this climate-catastrophe, reptiles exploded in number (with dinosaurs taking their first steps), and forests were thick with ferns, cycads, and conifers. The seas recovered from the acidification, producing new varieties of fish and marine reptiles, including the porpoise-like Ichthyosaur, and allowing molluscs like ammonoids, sea snails and clams to repopulate the oceans.

To appreciate this geological era beyond these descriptions, it is better to hold the Triassic in your hands, glimpse its lifeforms’ imprints with your eyes. Underneath the headlands of Sydney’s Long Reef, traces of the Triassic’s deep past can be found.

Though Sydney is famed for its Hawkesbury Sandstone, at Long Reef you will find none of it. Instead, here you will find shale, claystone and ironstone, formed from the sediments of the Triassic’s swamps and forests. Smashed by the sea, these deposits are slowly eroding away, allowing the fossil fossicker to uncover the traces of life as it was 245,000,000 years ago.

Walking around Long Reef headlands, you are walking on top of what was an ancient freshwater swamp and forest located somewhere in the Antarctic circle. In these marshes swum a giant amphibian called the Bulgosuchus gargantua, whose metre-long fossilised jawbone was found in the headlands in 1986.

More commonly found are traces of plant life (see above), especially the leaves, stems and cones of the Cylostrobus sydneyensis, a type of herbaceous lycopsida which held its spores in compact cones. Other plants that can be seen in the rocks are stems of the horsetail fern, Phyllotheca australis, and leaves of the seed fern Dicroidium.

After 245,000,000 years covered under mud and stone, today we can walk over the remnants of Long Reef’s ancient forests, observe the world as it was when our own kind, the mammals, first emerged from one cataclysm, and contemplate our end in another, this one of our own making.

Special thanks to the editor, Caitlin Dickson.

Sensing the forest through shinrin-yoku (or forest bathing)

The Eternal Meditation of the Arhat