Underneath Sydney’s glowing night sky, we almost forget that above us hang a million billion stars, galaxies, comets and nebulas, their sparkle dulled by the towers of light we built to out-do the heavens.

But take a moment to look up and you’ll be reminded of “the perpetual presence of the sublime” that Ralph Waldo Emerson talked about in his essay Nature:

When Emerson wrote his treatise on transcendentalism in 1836, he could have hardly imagined that now, nearly two centuries on, only one fifth of the human population enjoys a dark night sky, and more than 20% of the Earth’s landmass at night is afflicted by a dull yellow glow.

Speaking to a group of star-gazers at the Sydney Royal Botanic Gardens, astrophysicist Dr Ángel López Sánchez says that it isn’t just astronomers who should worry about light pollution, but anyone who is concerned about human and planetary health:

“It is not just a problem of the poor astronomers who can’t do their astronomy, no no no, it is pollution that we are putting into our environment. And if you don’t want to look at it that way, put it in terms of money, and energy, and CO2 emissions that we are releasing into our cities illuminating the night sky. That is a lot of money that everyone is losing because of light pollution.”

We now know that an excess of light can cause stress, insomnia, fatigue, and anxiety in humans, while other animals suffer even more: sea turtles, birds, frogs, bats, spiders, plankton, moths, and fireflies are all left dazed and confused, their ability to navigate, mate, or pollinate impaired by the bright night sky.

Luckily for amateur astronomers, however, even in the heart of a major urban centre like Sydney we can still observe the celestial bodies with the help of a simple telescope. At the astronomy nights of the Sydney Royal Botanic Gardens, members of the Northern Sydney Astronomical Society are there to provide you with their mirrors, lenses and expertise to help you navigate the heavens.

With at least 100 billion stars in the Milky Way to choose from, you’ll be spoilt for choice. In the southern hemisphere, the Crux (Southern Cross) constellation has a number of wonders: if you point your telescope to the brightest point in the cross, called Acrux, you’ll see two suns revolving each other, and if you look nearby the second brightest star in the cross (Mimosa), you’ll see what astronomer John Herschel described as a “superb piece of fancy jewellery” – the Jewel Box, a cluster of around 100 stars of just 14 million years of age.

But, Dr López Sánchez says, what you see in the telescope (that is, atoms) makes up less than 5% of the mass-energy in the cosmos. The rest, he says, is composed of some kind of matter that neither emits nor absorbs light – or what scientists call “dark” matter.

According to some estimates, 25% of this mystery substance is dark matter, and 70% is dark energy – “And that is why astronomy is still so exciting!” says López Sánchez, “There is still plenty more to discover. What we know about the universe is that we know almost nothing about the universe! About 95% of the universe, we do not know what it’s made of.”

There is still a long way to go before we fully uncover the secrets of the universe, but scientists are making progress. Just this year, a team of astronomers have successfully taken a photo of the supermassive black hole at the heart of the Milky Way – the Sagittarius A – using a global array of radio telescopes called the Event Horizon Telescope (EHT).

But to marvel at Ralph Waldo Emerson’s “envoys of beauty”, all you need is your own eyes, a sky map, and perhaps a simple telescope. As Dr López Sánchez told us: “The thing I love about astronomy is that the sky is open to everybody! I can be a professional astronomer using the largest optical telescopes in the world, but I still love to get my telescope and see how things are working with my own eyes and my own camera.” 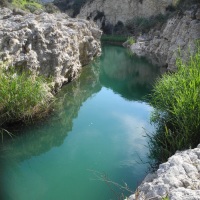