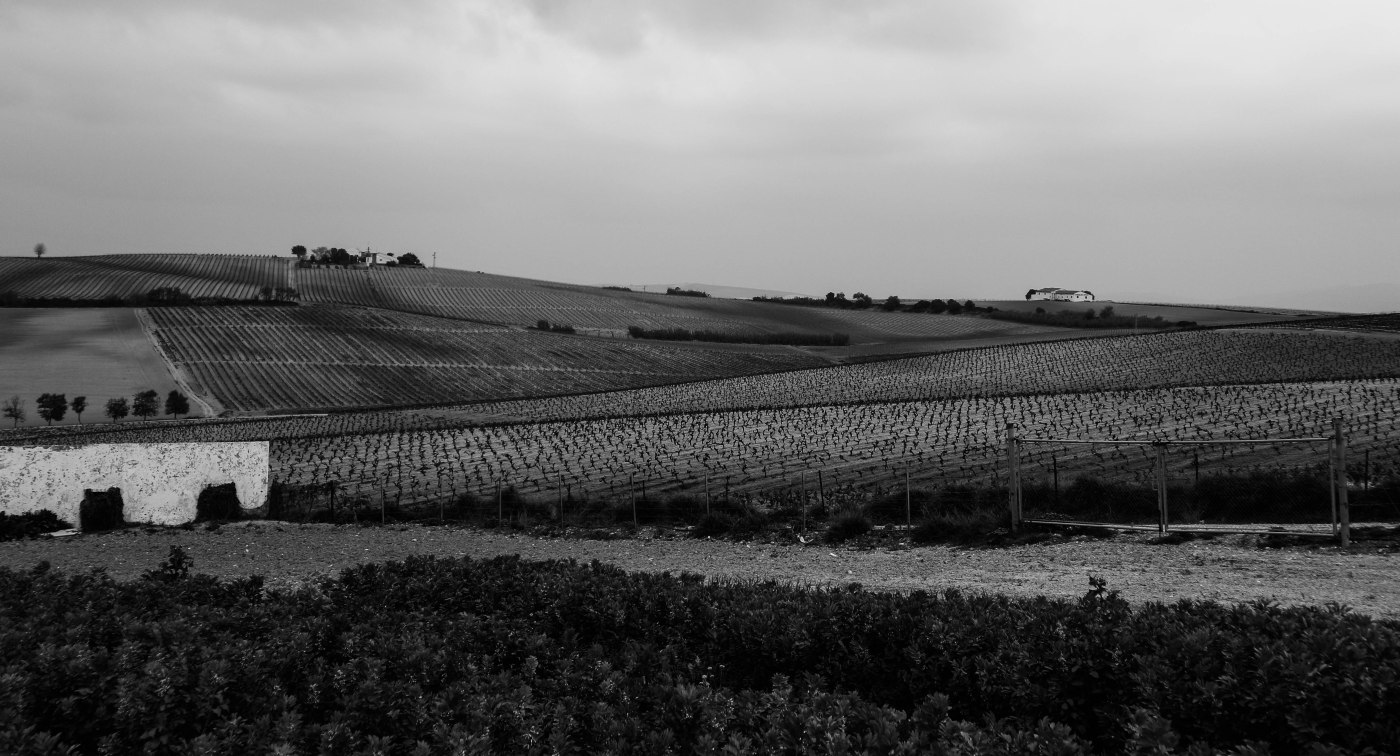 If fino wine – crisp, dry, elegant – is Jerez’s summer time drink of choice, then mosto – duller and flatter it is true, but fruity and flavoursome it is is also a fact – is perfect for a mid-winter Sunday session amongst the vines and amidst flowing flamenco rhymes.

Mosto is, basically, slightly fermented grape juice. Wine, albeit cheap wine. It is the first press of the harvested grapes; un-aged and un-oaked. You might call it Mother Mosto, as this is the base element of all the wines on the sherry spectrum. But because it looks like apple juice and smells like off-apple juice, this poor-man’s white can be enjoyed for as little as two euros a litre, and at those prices it is hard not to enjoy, especially when consumed straight from the source at a mosto-serving vineyard, logically called mostos. 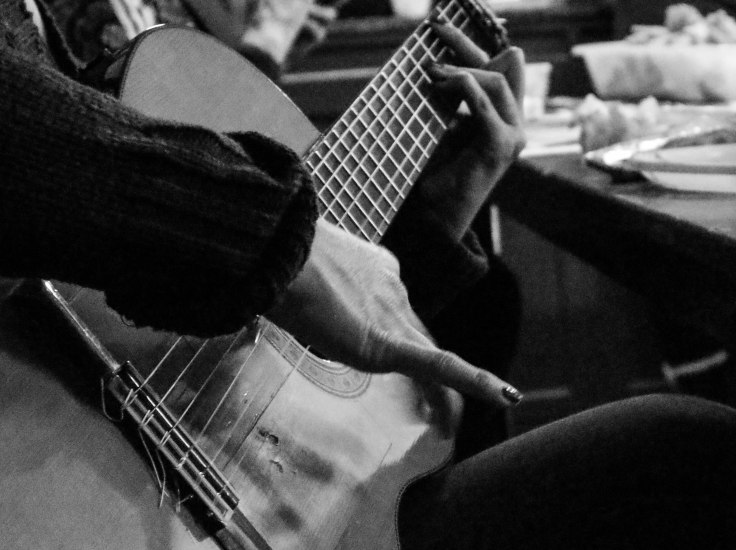 Our hosting mosto was nothing more than a rusty shed under which congregate old folks to consecrate their daily bread and wine. Cerro de Arte was it’s name, Hill of Art.  Walking into the darkness to collect a couple jugs full of mosto, an enormous pot is placed under my nose at the bar; some type of bread-crumb stew, migas they’re called, to compete with the mosto for space for let in my belly.I’m invited to eat, and I timidly take a stab at it with a new-found fork. I go for a second mouthfull, but mid-flight my spoon stops as I’m scolded: “Don’t you have some mosto to take outside there??”. The men look serious, and I fear I’ve already put my foot in it. But a boom of laughter at my confusion reassures me, and I laugh nervously with the men as they order me to eat more, but this time they’re serious.

When the migas start settling down and when the mosto starts settling in and when the sun starts setting, our hosts settle in for a song or two. Because here the main show isn’t really the food or wine, but the flamenco. That’s what the punters have come here for; flamenco. That’s what my friend and I came here for; flamenco. And that’s what my friend Emily came to Jerez for, and flamenco’s what she left longing for. At the Cerro de Arte she gave her last hurrah, and sung us some old flamenco song that made the old folks call out arza.

You can learn more about Jerez and its wines by checking out more articles in the Sherry Series and Scenes from Jerez.