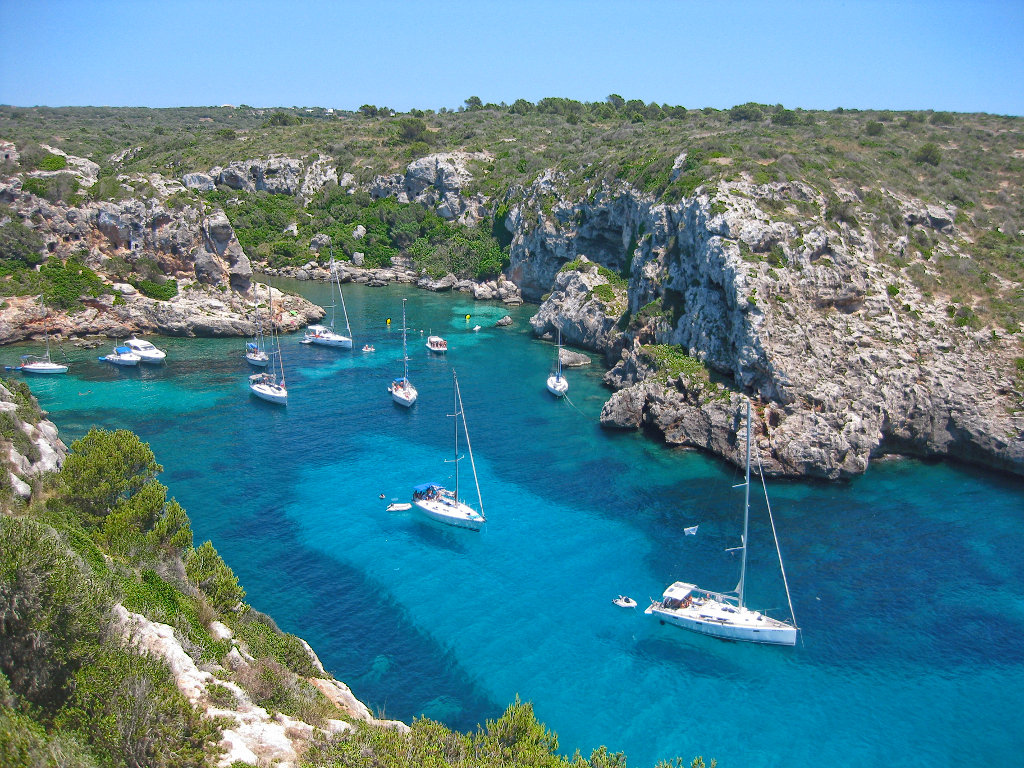 Too often the word tourism is a synonym for over-development, speculation, and cultural devaluation; a word which is associated more with cruise ships and booze trips than with journey, adventure, and learning. But there is a place where tourism has not yet spoilt the very things which make it unique, a place where both economic and intrinsic value is recognised in the natural world. This place is called Menorca, and though the island is only a stone’s throw away from the hotels and resorts of Mallorca, it is far from its neighbouring islands’ excesses.

Co-existence and symbiosis are the goals here, and seeing the success of these values on the island, you will wonder why every inch of this green planet is not urgently declared a UNESCO biosphere reserve and managed in a similar fashion.

The entire island is a UNESCO-declared ‘biosphere reserve’, a title affording the nineteen identified landscapes and seascapes of the island various levels of protection. This does not mean that Menorca is somehow ‘virgin’, but rather that human activity does not have a destructive effect upon the very ecosystems from which the island harvests its wealth. On Menorca, co-existence and symbiosis are the goals, and seeing the success of these values on the island, you will wonder why every inch of this green planet is not urgently declared a UNESCO biosphere reserve and managed in a similar fashion.

The reserve-island’s coastline is perforated by countless little coves and bays in which boats throw down an anchor and where walkers throw down their towels. The best way to explore these calas – should you lack sails – is to follow the Camí de Cavalls, the horse track, an old line of communication circling the island’s coastline once used for spotting potential threats at sea. Now used for spotting birds and beaches, the Camí de Cavalls is a spectacular track which would take maybe a week to cover its 185 kilometres, and it is a track which would not even exist had the Menorcan community not organised and pushed to have it restored and opened to all. By 2011 the track was fully opened after private landowners and the local authorities came to an agreement, injecting nearly two million euros into the project which is now surely the greatest single attraction on the island.

Whatever means of transport you choose to cover the track – hoof, bicycle wheel, or foot – a good option is to chop it up into manageable half-day or full-day portions, interrupting your hike with the same frequency that the rocky coves interrupt the coastline. The incessant sound of the cicada’s buzz will be your walking soundtrack, rising to a cacophonic crescendo in the hottest hours of the day and dissipating with the sun’s heat towards the end of the afternoon. Escape the heat by taking a dip at every cove along the long way, and you can if you wish escape the heat even more by escaping your clothes; on Menorca naturism is accepted nearly everywhere except perhaps the larger more populated beaches. To cool off even more, try covering yourself, pig-like, in mud at Platja Cavellería on the island’s north-facing coast.

Menorca is pure Mediterranean: gorgeous, sun-kissed, slow, the island knows how to live well. It takes pride in its products, protects its history, and preserves its naturality.

For lovers of the man-made, Menorca boasts both ancient and modern sights and savours. Long before Menorca was declared in 1993 a biosphere reserve, long before the British occupation of the 18th century, long before even the Caliphate of Cordoba held the Island for four centuries, before even the Romans took the island, Menorca was the site of an Iron Age civilisation known as the Talaiotic culture which erected throughout the island sacred sites of worship and burial, many of which can be appreciated today in the open air museums which pepper the island. You might see some open tombs on the sides of headlands, or the megalithic taulas – Stonehenge-like rock constructions – which inexplicably sit there like gigantic Tetris T-blocks.

For lovers of gastronomy, Menorca is an increasingly interesting destination. While its potent cheeses from Mahón have long been appreciated and recognised in is Denominación de Origen status, Menorca now offers a natural partner for these aromatic cow-milk cheeses; vino. In previous centuries, Menorca was a wine-loving island, producing wine from the thirteenth century until the late nineteenth century. But when the phylloxera parasite arrived – devastating production – and when the English occupiers departed – devastating demand – Menorcan wine production effectively disappeared until very recently, when several producers – such as the large Binifadet winery and the earliest commercial winery, Bodegas Menorquinas (Ferrer de Muntpalau) – begun cultivating the vine once again, producing principally bright, light reds. Since the resurgence of Menorcan wines, more and more vines are popping up across the island, with many waiting another year or two before the first harvest of the grapes. But even more than wine, the drink of choice on Menorca has long been gin, reflecting once again the influence of the English occupation on the island’s culture. The local gin cocktail is called a pomada, a mix of the local Xoriguer gin and lemonade, sweet yet fresh, like the island itself.

Menorca is pure Mediterranean: gorgeous, sun-kissed, slow, the island knows how to live well. It takes pride in its products, protects its history, and preserves its naturality. It shows us that a place can remain true to itself just as it embraces international fame, that amidst an ocean of anti-social tourism there exists an oasis of equilibrium between travel, nature, and community.

Want to read more on the world around us?

For more from Lives and Times, sign up to the email subscription service below and have each new article arrive directly to your inbox:

One thought on “Meandering Menorca: The Island Biosphere”