La Feria del Caballo. La Feria. Feria is a dream, a kaleidoscope of colours and faces all flying by and blurring with the other, every day and night a dream within a dream, each a layer deeper than the other; you forget when one begins, when another ends, lose track of the chain of events which led you to be lost in this world where above you is a multi-coloured milky-way of fairy lights and below you a whirlpool wind of dust flying around your feet.

After last year’s Feria, I wrote an article called Dreaming within a Dream at Feria. The words above are taken from that article, but to do the Feria justice, some photos are needed. Words alone can’t capture the colour, the alegría atmosphere of Feria. Below are photos from Feria 2017, and words from Feria 2016. 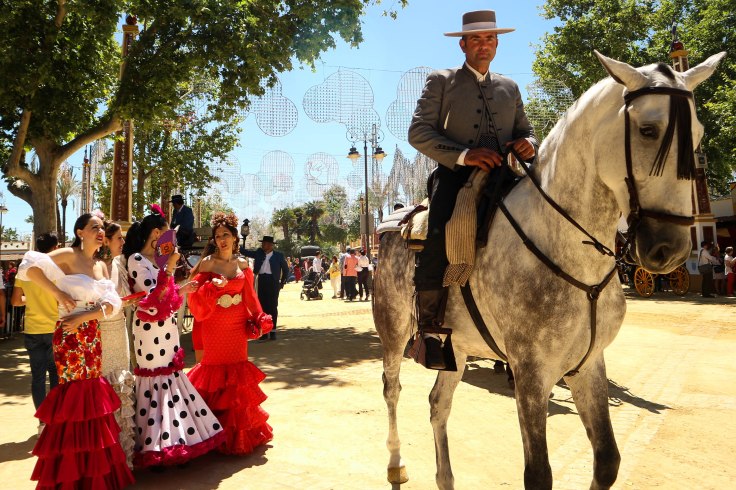 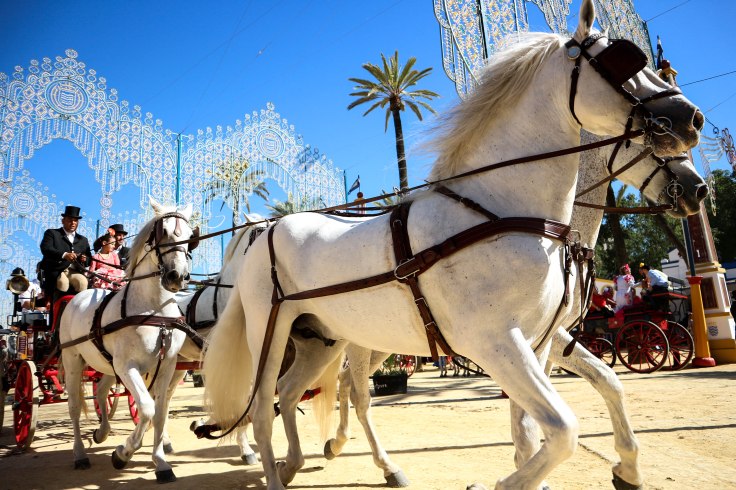 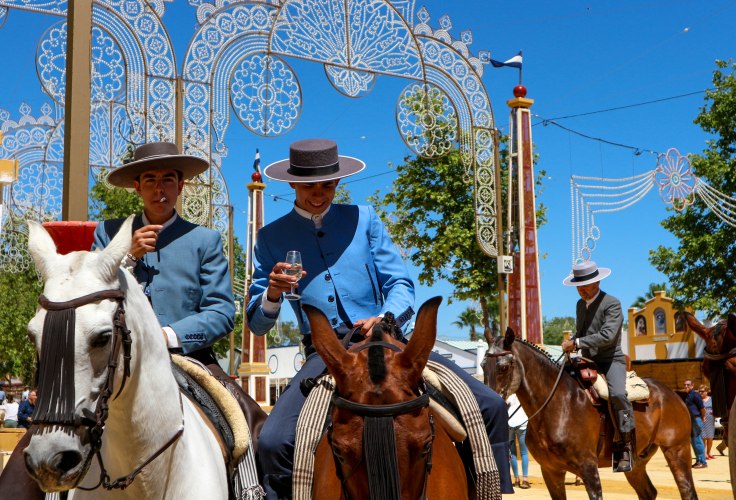 At first you may get so dizzy with all the sights and sounds that you overdo it. The fino wine just keeps on flowing and, accepting that you can’t fight against getting lost and lost again, you begin floating between groups of people with the night breeze guiding you. You’ll meet a million people and run into a million others – old friends and new – because here everyone’s welcome, doesn’t matter if you’re the man on top of the horse or the guy selling roasted almonds for a euro a handful. Pijo and pobre, rich and poor, Feria brings them all together for a week of dancing, drinking and flamenca-dressing.

By the second third, fourth (?) day or night you will have already lost track of the week. It will by then have formed itself into one long sevillana of a week. The sevillana is the music of Feria, a song made up of four sub-sections, with each section having its own dance to go with it. By the fifth night you may have mastered the sevillana – perfecting the spins and the turns, the attitude and the look – but by the sixth night your body won’t be able to keep up with the music and you’ll be dancing like the old caballero gentlemen: stiff and slow, but with a smile. 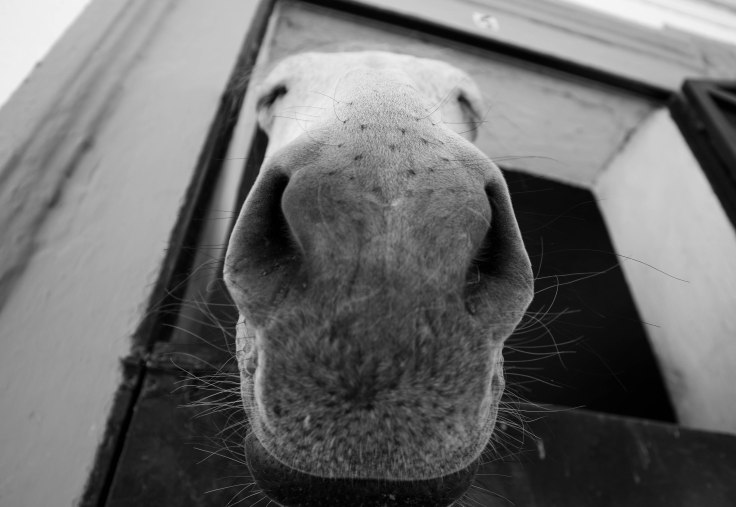 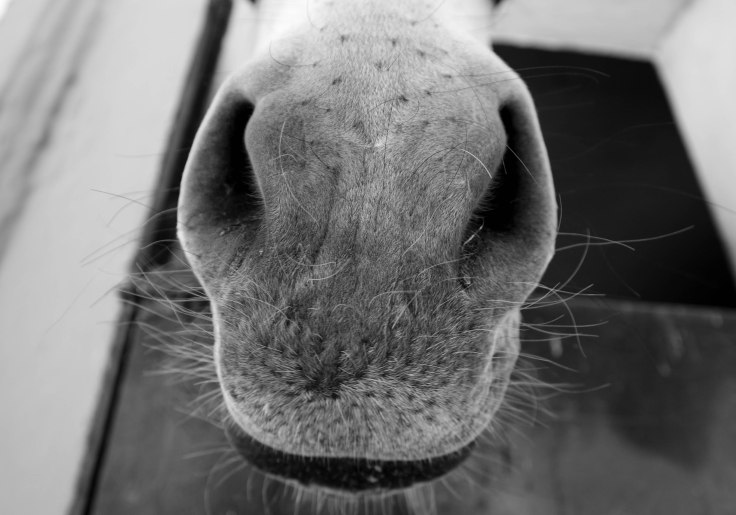 By day Feria is a maravilla; sun-soaked, dusty the fairgrounds are filled with the jingle-bells of horse-and-carts rolling on and trotting by. Be careful upon stumbling out of a caseta – the tents that house restaurants and bars – into the glaze, you may be knocked to the ground by the passing horses all dressed up in red and yellow wattle flower fluff-balls. The only real sure to avoid a rogue hoof to the head is to climb up aboard the carts and take a ride through the Feria streets lined with thousands upon endless thousands of flamenca-dressed women and blazer-fitted men all strolling on by. Up atop the carts the passengers blend into this scenery; smiling, laughing, their faces beaming in the sun.

Feria is spectacular. It is Andalusia in a nutshell, Jerez in a word, and will have you nostalgic even after the first night when you will fall in love with it all at first sight. 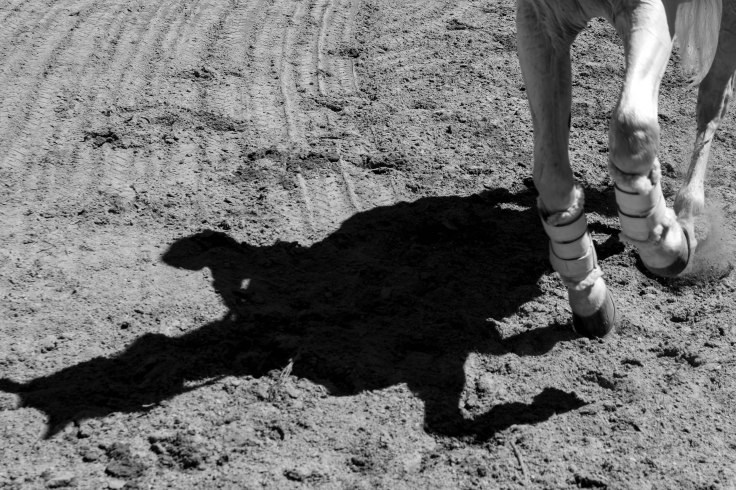 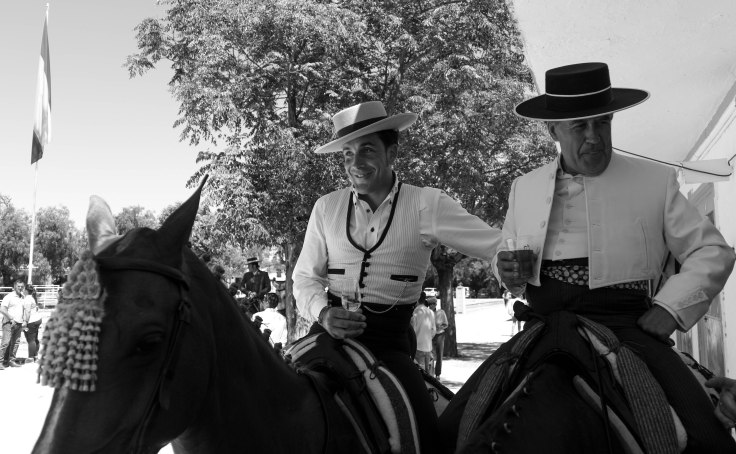 At this year’s Feria I went along to see some of the equestrian displays. Above and below are some shots of classical dressage and cattlework competitions and displays; the riders and their horses. There are plenty of these spring fairs in Andalusia – one for every town and city – but none have such a star-role played by the horse. Originally the fair began as a market to buy and sell horses, but developed over time into what it is today, a distillation of jerezano culture; an intoxication week of horses and fino wine drunk while dancing to sevillana classics and reggeaton hits; a celebration for celebration’s sake.

Want to see more from Andalusia?

If you want to read and see more on Andalusian culture, start with these two pieces from Jerez de la Frontera: 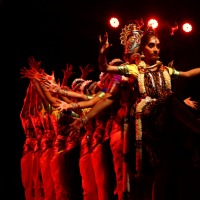